Understanding preclinical modeling for cancer cells may optimize the translation of in vitro findings into clinical use, but is limited by the inability to reproducibly propagate primary specimens ex vivo. This dilemma is seen in multiple myeloma, a plasma cell disorder for which treatment significantly improved over the past several decades. Cell line models for multiple myeloma remain inefficient in predicting later clinical efficacy and the failure rate of preclinically promising anti-cancer drugs remains substantial. During this webinar, Johannes Waldschmidt, MD, and Andreas Thomsen, MD, of the University of Freiburg in Germany, will discuss a 3D co-culture platform for the propagation of primary multiple myeloma cells ex vivo. Webinar topics will include: 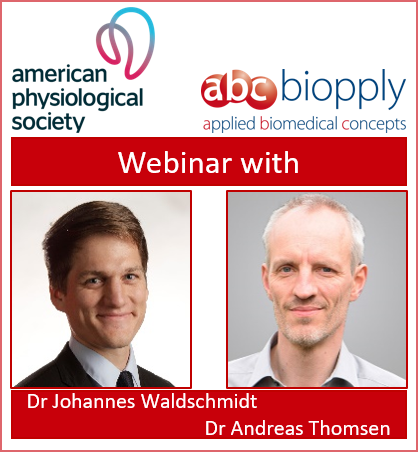 Johannes Waldschmidt, MD, studied medicine at the University of Freiburg, Germany; the University of Uppsala, Sweden; and the University of Zurich, Switzerland. He was trained as a hematologist-oncologist at Freiburg University Medical Center, where his experimental work has focused on characterizing the bone marrow microenvironment in multiple myeloma. As postdoctoral fellow in the lab of Jens Lohr, MD, PhD, at the Dana-Farber Cancer Institute in Boston, Waldschmidt studied cancer genomics, clonal evolution and the development of drug resistance in multiple myeloma. He is a recipient of the 2019 Young Investigator Award by the International Myeloma Society.

Andreas Thomsen, MD, is a radiation oncology specialist in the Department of Radiation Oncology at the University Medical Center Freiburg in Germany. For more than 20 years, he has been active in the field of 3D cell culture and tissue engineering, having worked in two biotech companies before moving into clinical and experimental radiation oncology. Thomsen’s research interest is on 3D tissue and cell culture models for radiation biology. He has developed a hydrogel array of conical microcavities for generation and screening of 3D cell aggregates.

Marco Leu, PhD, MBA, is the co-founder and chief operating officer of Abc Biopply, a contract research organization based in Switzerland that has pioneered a portfolio of 3D tissue imaging and analysis assays. Abc Biopply’s techniques are based on the innovative flexibility of their 3D CoSeedis™ Co-Culture System, which enables the generation of quantitative datasets from tissues and cells.